Albert Calmette was born in Nice, France, on July 12, 1863. He had two brothers, one of whom became an army physician, and the other, a journalist. When he was only two years old, his mother, Adele Reine Charpentiere, died, and his father, Guillaume Calmette, remarried; Calmette was reared by his stepmother, Marie Quiney. When Albert was ten years old, the family moved to Clermont-Ferrand and, three years later, to Saint-Brieuc in Brittany. It was in Brittany that Calmette obtained his baccalaureat at Saint Charles College. In 1881, Calmette entered the Naval Medical College at Brest. Two years later, he was sent as part of his training to the Far East, where he was greatly influenced by the work of Sir Patrick Manson, a pioneer in tropical diseases.

With this newfound knowledge, Calmette returned to France in 1885 and completed the requirements for the M.D. degree by 1886, working on the disease filariasis. Between 1886 and 1888, Calmette studied sleeping sickness and blackwater fever in the French Congo, in Gabon. On his return to France, he married Emilie de la Salle, who bore him two sons. Subsequently, he was stationed at Saint Pierre and Miquelon, which were French islands off the coast of Newfoundland. There he studied the red spotted condition of salted cod, establishing this strange condition as being a result of infection and demonstrating that it could be prevented by the addition of sodium sulfate to the salt. In 1890, Calmette joined the French Colonial Medical Service to pursue a research career in the study of tropical diseases.

The turning point in Calmette's career was the year 1890, when he attended a course in microbiology given by Pierre-Paul-Emile Roux at the Pasteur Institute in Paris. The course not only captured his interest and imagination but also allowed him to distinguish himself as an outstanding pupil with the capacity for clear thinking. When the Undersecretary of State for the French colonies sought the help of Louis Pasteur to study the problems of smallpox, rabies, dysentery, and cholera in Indochina, Calmette's name was immediately suggested for this position. On December 10, 1890, Calmette sailed to Saigon, where he established a Pasteur Institute with the primary aim of locally producing needed vaccines. Substituting young water buffalo for the young calves usually used in the West, Calmette was able to mass-produce smallpox vaccines and a half million people were soon inoculated against the deadly disease. In initial studies, Calmette was able to demonstrate that the disease choighai in dogs was in fact a manifestation of rabies. Subsequently, he used the spinal cords of rabid rabbits as a storage reservoir for the virus and used the vaccine successfully in forty-seven out of forty-eight animal-bite victims.

About the same time, the high mortality of cobra-bite victims caught his attention, and he embarked on a study of the venoms of these reptiles. He painstakingly categorized and classified them, and compared them to toxins produced by bacteria. His studies revealed that the toxic effects of cobra venom on the brain could be neutralized by gold chloride solution. He also discovered that the venom could be attenuated (and made less toxic) by injecting increasing doses of the venom into these animals and after a few weeks removing serum from these animals that was now rich with protective antitoxin. 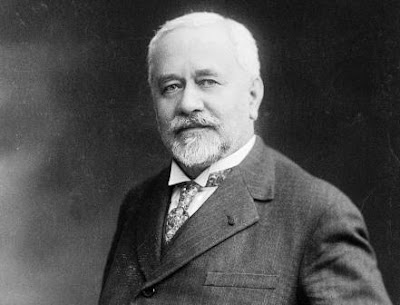 During his stay in Saigon, Calmette refined the processes of alcohol and opium fermentation. He also made attempts to define Asiatic cholera, using fresh cultures of the organisms from patients who had died of the disease. He described in detail the toxic effects of the organisms as well as his attempts at immunization and his recommendations for treatment, including peritoneal dialysis with saline solution. In 1893, two years after his arrival in Saigon, Calmette was recalled to France, having accomplished a prodigious amount of work in that short period of time. Riddled by bouts of dysentery and exhausted by the intense rigors of his work in Saigon, Calmette moved to the Pasteur Institute in Paris, where he continued his research efforts in antivenom therapy. In 1893, he was awarded the Cross of the Legion of Honor for his efforts in Saigon. In 1894, Calmette, using some of the expertise he had gained working with snake venom, worked to improve the anti-plague serum developed by Yersin and thus helped to quell the plague epidemic in the Far East that year. In 1896, he was appointed director of the Pasteur Institute at Lille, France, a position he was to hold for twenty-four years.

At this time, the main public health problem facing Lille was a high incidence of tuberculosis, the death rate being in the region of 300 per 100,000. Calmette approached the problem systematically, in the same manner that he had tackled other problems that he encountered in the Far East. He began the first antituberculosis dispensary at Lille in 1901, and, subsequently, a tuberculosis sanatorium at Montigny-en-Ostrevant in 1905. In 1907, he introduced the conjunctival tuberculin test that was used to demonstrate whether a patient had tuberculous infection; this test was soon replaced by the more convenient intradermal tuberculin test which was devised by Charles Mantoux.

Observing the validity of Marfan's law, which proposed that progressive lung tuberculosis was rare in patients who had previously developed tuberculosis lymph-node infection, Calmette attempted to develop a vaccine against tuberculosis along the lines of the antirabies vaccine pioneered by Pasteur. The major problem in the development of the vaccine was creating a strain of tubercle bacillus that would not cause clinical disease in persons vaccinated and yet retain enough similarity with the native tuberculous bacillus that the patient's immune system would be stimulated to develop resistance against the tuberculous infection. Serendipitously, Calmette and Camille Guerin noted that subculturing tubercle baccilli in ox bile led to a lowering of the ability of the organism to cause disease. They therefore proceeded to grow the bacillus originally provided them by Edmond Nocard (an aggressive strain isolated from the udder of a tuberculous cow) in this medium. Interrupted in their attempts to initiate animal experiments with this attenuated strain by World War I, they continued to subculture the bacillus until 1919, when they were able to demonstrate that the strain no longer produced tuberculosis in animals. This bacillus was named Bacille Calmette-Guerin (popularly referred to as the BCG vaccine).

Between 1921 and 1928, several thousand infants were given the BCG vaccine by the oral route without adverse effects. The statistics provided by Calmette and Guerin demonstrated a significant reduction in death from tuberculosis among susceptible, vaccinated infants. Except for sporadic skepticism in Great Britain and the United States, the BCG vaccine was well received and tested. Yet in 1930 disaster struck: A scheme to vaccinate newborn babies was undertaken by a team of doctors in Lubeck, Germany, and of 250 babies vaccinated, 73 died and another 135 developed tuberculosis but recovered. Much criticism was raised about this issue, which was traced to contamination of the vaccine by a virulent strain of tubercle bacillus in the Lubeck laboratories. At the Oslo meeting of the International Union Against Tuberculosis, Calmette defended the vaccine and was received with great appreciation. Yet the Lubeck disaster was forever to affect his sense of optimism and cheerful disposition.

Following a short illness, Albert Calmette died in Paris on October 29, 1933, at the age of seventy. He was buried in the Pasteur Institute in Paris. During his productive lifetime, many honors were bestowed on Calmette. He was elected to the French Academy of Sciences in 1907 and the French Academy of Medicine in 1919. In 1928, he was elevated to the Grand Cross of the Order.

Summary Born into an era that boasted such renowned scientific figures as Elie Metchnikoff, August von Wassermann, and Louis Pasteur, Albert Calmette rose to distinction by hard work, dedication, and a passion for detail. In a career that spanned fifty years, he was able to make substantial contributions to preventive and therapeutic medicine. Besides initiating several Pasteur Institutes in needy places, he expended great effort in quelling epidemics of ancylostomiasis, typhoid, plague, and tuberculosis. The creation of the BCG vaccine for tuberculosis has earned for him a place in medical history. A cheerful optimist and a born administrator, he was revered by all with whom he came into contact. His outstanding abilities to adapt laboratory techniques to a sweltering tropical climate and produce vaccines on a large scale were impressive. By his ceaseless endeavor, curiosity, and industriousness, Calmette has left behind him a legacy for humankind.